BOARD OF FIRE COMMISSIONERS
HOPEWELL BOROUGH FIRE DISTRICT NO.1

Whereas effective June 4, 2021, the public health emergency declared by the governor in Executive Order 103 (2020) was terminated, the Board of Fire Commissioners of Hopewell Borough Fire District #1 will hold its June 9, 2021 regular business meeting as a hybrid public meeting (in-person as well as accessible remotely). Room capacity and/or other restrictions pursuant to federal and/or state guidelines will be followed

The meeting shall be held in-person beginning at 7:00 pm at the Hopewell Fire Department firehouse at 4 Columbia Avenue, Hopewell, New Jersey. Members of the public desiring to participate in the meeting remotely, either as a telephonic or virtual meeting, may do so via Google Meet.
Electronic sign-in for each meeting:
https://meet.google.com/aem-snde-hba
Meeting ID: 883 9518 2860
Passcode: 637117
For telephonic participation dial (US)1-954-241-3223
PIN: 194853709#

The information on how to join and participate in a meeting, as well as available relevant documents for each meeting, will also be available on the “Commissioners” web page at www.hopewellfire.com

The board’s Standard Procedures and Requirements for Public Comment Made During or Submitted Prior to a Remote or Hybrid Public Meeting can be found on the board’s website at www.hopewellfire.com

At each meeting the board will conduct all business to come before it and/or as needed or desirable for the continuing operation of the fire district. Formal action of the board will be taken and an executive (closed) session may follow a meeting if necessary. 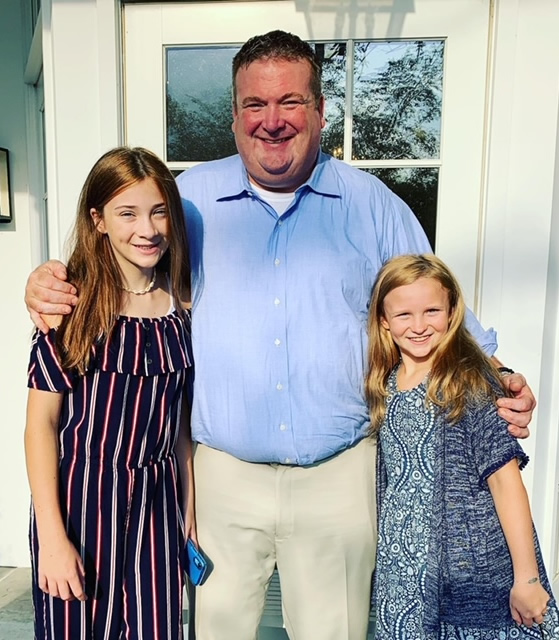 After graduating HVCHS in 1989 I went to get a Bachelor of Science in Economics and Finance with a minor in German at Lehigh University, in Bethlehem PA graduating in 1993.  I Lived in Princeton after school and started my first retail business.
I moved to Hopewell Borough in 2006, renovated a home and started a family, with two daughter's, Paige and Avery whom will be 14 and 12, respectively in January 2021.    After September 11, 2001 and loosing 3 friends from Lehigh, I wanted to do something.   I was running a commercial wine and spirits store as well as a landlord in Princeton Borough, and met a volunteer firefighter in 2004 and at the age of 35 I decided to go to "FireFighter I" school at the Somerset Fire Academy.
I served as a 2nd LT for two year at Mercer Engine Company #3 in Princeton from 2005-2009.    I also joined the Hopewell Fire Department in 2006.   I trained, listened, and learned the most about firefighting by Ex-Chief William Springer, and Ex-Chief Joseph Novak, Battalion Chief Rob Myers and the whole department.   I served as a 2nd LT for 2 years from 2009-2010.   In 2008, I was in the Top Ten Responders at the Hopewell Fire Dept.
After a family tragedy, I became a single father raising two girls on my own.  I joined the Hopewell Elementary PTO and ran a directory ad campaign (passed off by another mom) and raised over $10,000 in two years as the ad director for the HES PTO.    I was appointed by Skyler Morehouse in January of 2009 as a Fire Commissioner.   As a lone parent, I turned my volunteerism to become a representative of the residents of Hopewell Borough as a Fire Commissioner.   For years I was in retail and commercial real estate.    I was honored to be hired in 2017 by the Shepherd Foundation as a Research Analyst and Assistant Administrator.
I also volunteer with UIH family partners (now called The Father Center)  teaching classes and sharing my experience to young Trenton high school youths for the last three years.   I believe I see a difference.    I love sharing my life experience's and low's to let others know it is possible to become successful and happy.   And the importance of a father or father figure while you grow up.
One graduate from the HRHC program (Healthy Relationships Health Choices #HRHC run by Calvin and Andre Thomas) my friend Lamar Allen, is now a business owner,  and we taught a Financial Literacy class to juniors and seniors at Trenton high school (see my FB feed).   It was March 11, 2020, and we all knew what happened after that.
In 2019 fathers day I was nominated by a committee and The NJ General Assembly in Trenton as a Platinum Dad.  One of the best honors I have ever received.
Now I  use my financial experience in the private sector to apply as a Fire Commissioner to make the taxes as low as possible for our residents.   There are a lot of rules and regulations but we get it done as a team of 5 commissioner's.

Founding of the Fire Commissioners

Ben Franklin is quite often considered the First American Fire Chief, but he also was known as an early pioneer of American Fire Insurance, which was already well established overseas in England. Many rumors exist about Fire Departments that would not extinguish fires in places that were not insured or display insurance placards (called firemarks) on their homes. Rumors also surfaced that firefighters worked more quickly on homes that were insured.  While most of these tales are fictitious, there is some truth to some myths, as many of the firemen worked for Franklin and other insurance companies. Insurance companies still play a large part in Fire Services since the typical home insurance premiums quite often depend on the fire services and infrastructure a municipality has. The creation of the fire tax was created to offset this cost to meet the requirements of insurance companies and citizen needs around the country.1

From its creation in 1911, until the mid 1980’s, The Hopewell Fire Department depended upon donations from residents and various fund raising activities to finance the volunteer fire department’s activities.  On occasion, large donations and grants from individuals, estates and major business enterprises also made it possible for the volunteer fire department to acquire needed fire fighting units.  Soliciting needed donations “door to door” was a major time consuming effort requiring up to six months of effort each year.

By the 1980’s these efforts became insufficient to ensure that the long term needs of the volunteer fire department could be met and therefore the voters of Hopewell Borough approved a referendum to establish a municipal “Board of Fire Commissioners”.  The Board consists of five elected, unpaid members who must be residents of the Borough and serve three year terms.

Every year, two seats on the Board are up for a public election, which is conducted on the third Saturday of every February pursuant to state law.  Every third year, only one seat on the Board is up for election.  The Board of Fire Commissioners establishes a proposed fire district budget which is submitted for approval by the voters of Hopewell Borough.  Also on the third Saturday of February, every year pursuant to state law, a “temporary budget”, not to exceed fourteen percent of the proposed budget, is allowed under state law until a final budget is approved by the voters.  The temporary budget exists because the annual budget for the Fire District is on a calendar year basis, i.e. January through December, and operating funds are needed prior to the February budget vote.

Upon approval of the annual budget, a fire district tax is calculated and included in the quarterly tax bills, which the Borough of Hopewell submits to all property owners.  The Borough subsequently makes distribution of the fire district tax collected to the Board of Fire Commissioners in a percentage and on dates as prescribed by state law.